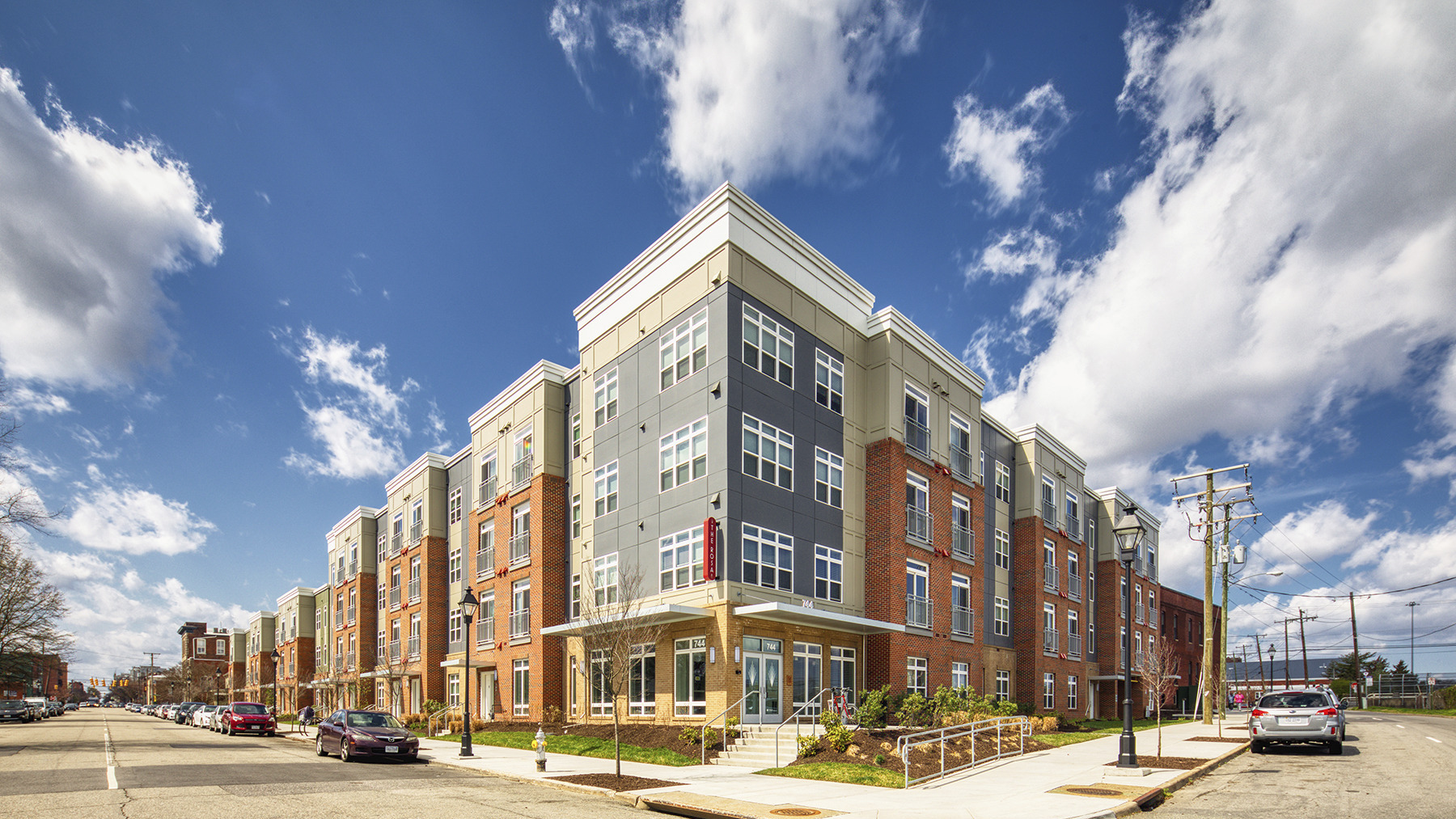 Less than a mile from the Virginia State Capitol, this development sits on a full city block in Richmond’s historic Jackson Ward District. This project tasked the design team with many challenges including the design of a mixed-use, mixed income development for families and seniors, adaptive reuse of an existing historic convent, preservation of a historic pocket park, and the relocation of seniors from the neighboring Faye Towers community.

This energy efficient complex features three separate buildings with street-front amenities, affordable housing for seniors, and market-rate housing for families. The architecture mimics the historic character of the existing neighborhood and carefully preserves the landmark features of the site.

This project was developed in partnership with Enterprise Community Partners and Richmond Redevelopment and Housing Authority. 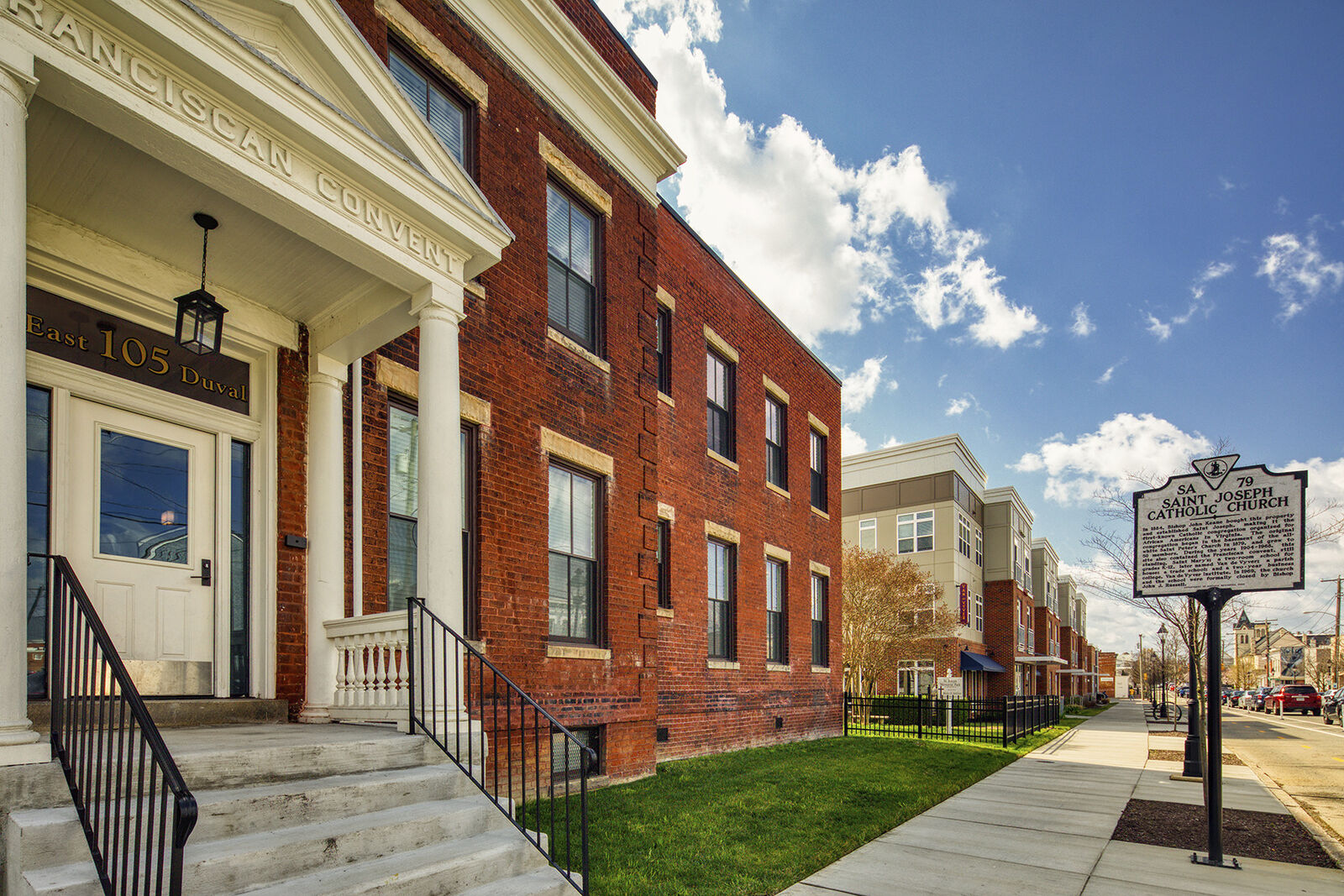 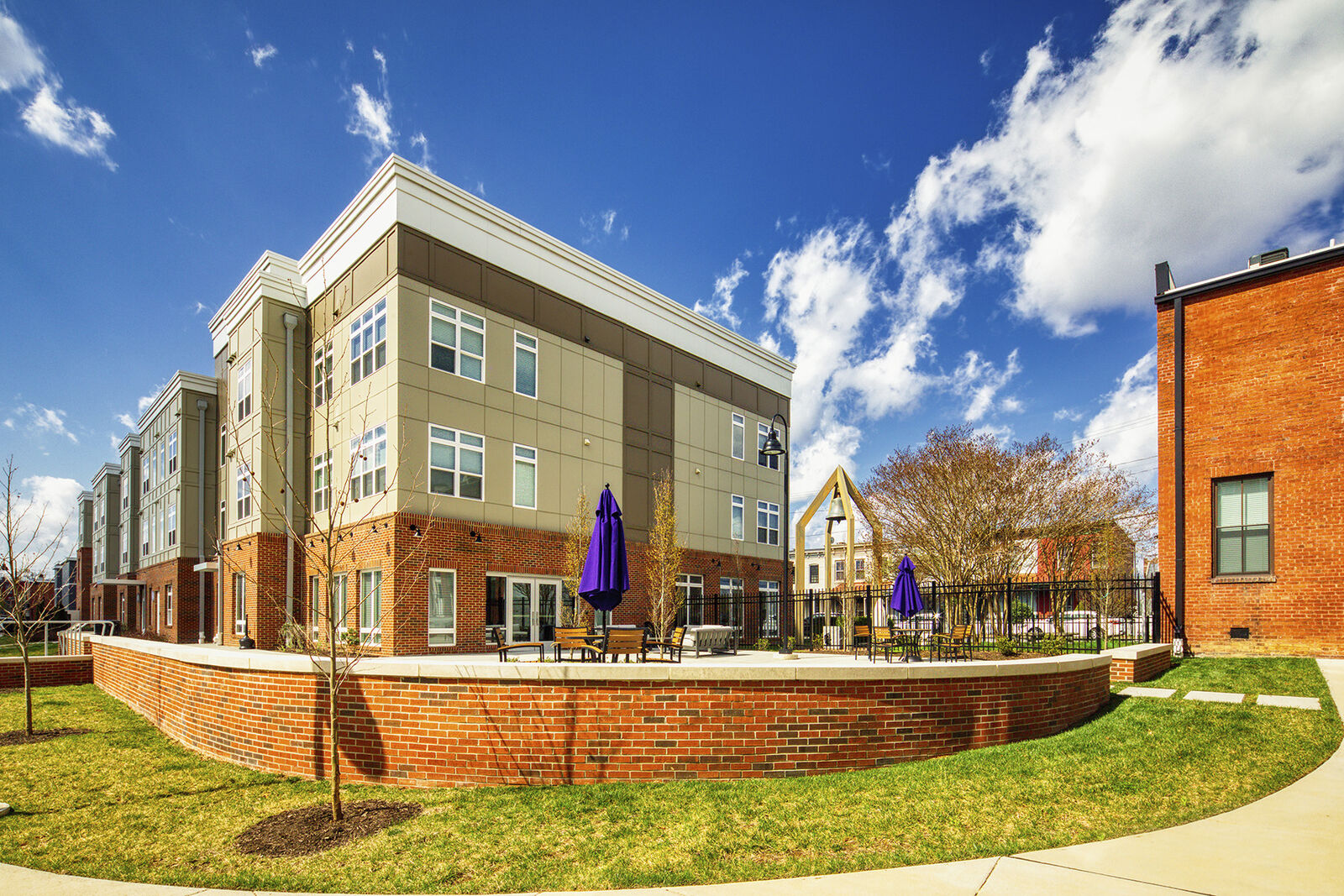 Jackson Ward draws inspiration from the rich history of the surrounding neighborhood, listed as a National Historic Landmark District in 1978. During the early 20th century, Jackson Ward was the regional epicenter of Black banking, commerce, entertainment, and religion in Richmond. Today, after decades of decline, the neighborhood is experiencing a revival.

Jackson Ward includes an array of indoor and outdoor amenities with tastefully appointed interiors for residents to enjoy. In addition to apartment amenities, the development includes walkable retail space at the corner of North 1st Street and Jackson Street.

The project included the preservation and restoration of the historic former Franciscan Convent and the locally significant Saint Joseph’s Catholic Church “Bell Garden” next door to the Convent.

This project is one of the first off-site Rental Assistance Demonstration (RAD) relocation developments in the country. It offers numerous benefits to RHA’s low-income families and senior residents – guaranteeing residents’ rights to remain in place.

The development efforts at Jackson Ward are an inspiring example of livability for all and the importance of preserving the history and culture of a community.

Sorry, your browser is out of date
The web browser you are using is too old to view this site. Please update your browser or use Internet Explorer 11 or the current version of Microsoft Edge, Firefox, Chrome or Safari. Thank you!